Newgrange  is in Meath, Ireland, located about one kilometre north of the River Boyne.  It was built during the Neolithic period around 3000 BC to 2500 BC, making it older the Egyptian Pyramids. The site is a large circular mound with a stone passageway and interior chambers. The mound has a retaining wall at the front and is ringed by engraved kerbstones. 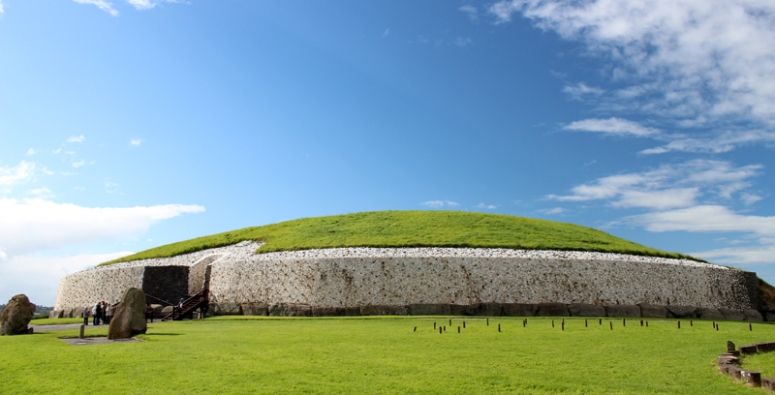 It was the Neolithic people who built the monument were native agriculturalists, growing crops and raising animals such as cattle in the area where their settlements were located; they had not yet developed metal, so all their tools would have been made out of stone, wood, antler or bone.

There have been various theories as to its original purpose. Many archaeologists believed that the monument had religious significance of some sort or another, either as a place of worship for a “cult of the dead” or for an astronomically-based faith.

Once a year, at the winter solstice, the rising sun shines directly along the long passage, lighting the inner chamber and revealing the carvings inside, the most noticeable is  the  triple spiral  on the front wall of the chamber. This illumination lasts for about 17 minutes.

Access to Newgrange is by guided tour only but you can also enjoy its surroundings.

Don’t forget to send in your photos via #wanderireland on FACEBOOK/TWITTER/INSTAGRAM/SNAPCHAT.