The Rock of Cashel is about 2 hours from Dublin and is one of Ireland’s most historic sites.

Approaching the rock of Cashel  you can see strong, fortified grey walls on a natural rock outcrop. On arrival we were greeted by a fabulously animated tour guide who talked us through the historical significance of the site, links to the clergy, local celebrities, political changes , links to Europe and royalty and a run down of current day renovations on the chapel. 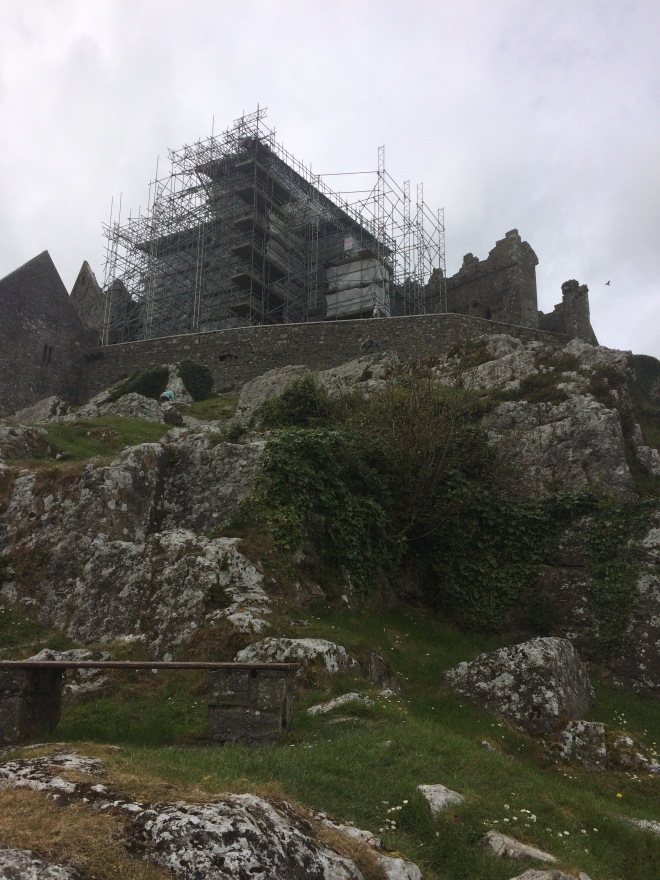 Structure by structure the building released its secrets. Although now a ruin, I got a moment on my own to imagine what it would have been like in its glory day as a hub for the local village and a place of worship over the generations. 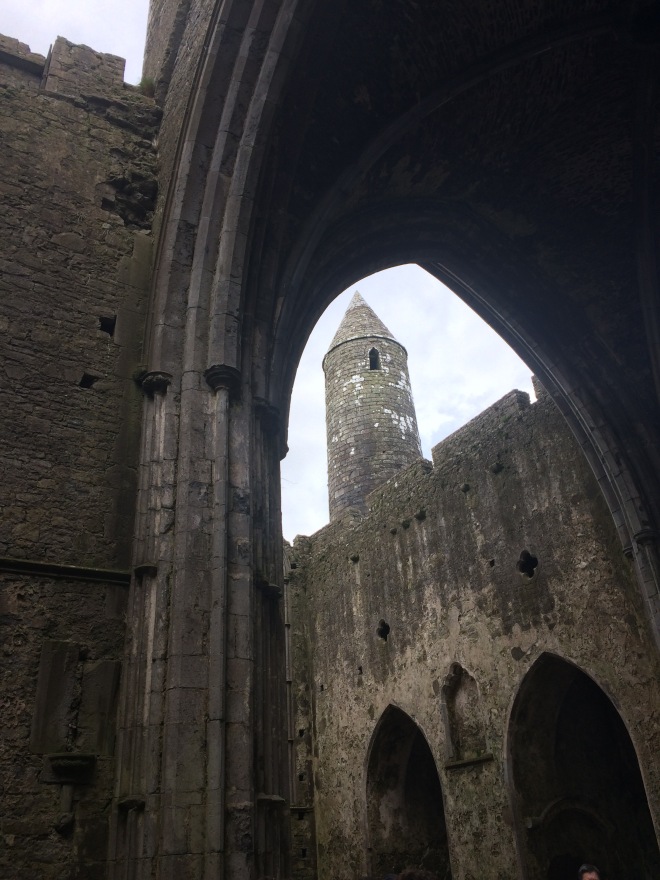 Over any one place the Rock of Cashel encompasses the charm and identity of Ireland with links to uniquely irish and celtic features such as round towers, celtic crosses and script. As I look back at the rolling hills beneath the rock I have a sense of satisfaction and ease like I have personally experienced a true sense of Ireland.

According to local mythology, the Rock of Cashel originated in the Devil’s Bit, a mountain 20 miles (30 km) north of Cashel when St. Patrick banished Satan from a cave, resulting in the Rock’s landing in Cashel.Cashel is reputed to be the site of the conversion of the King of Munster by St. Patrick in the 5th century.

You can wander around the site at your own pace and the view over to Cashel village is beautiful.

You get a true feeling of the Irish past here.

This is also one of Irelands oldest gravesites.

There is also a movie room which gives you a full rundown about the Rock of Cashel and its history. Show times vary as they show it different languages.

Entry is 7 euro for adults / 3 euro for children and it is well worth it. I hope you enjoy it as much as I did.